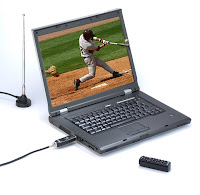 HD Free-to-Air TV viewing has become popular in the past year, specially now that cable companies are switching to fully Digital and HDTV is becoming more of a standard. However if you arent a HDTV subscriber and would like a free flexible alternative to watching HDTV on your PC, Pinnacle has created a sleek device, the PCTV HD Pro USB Stick . The PCTV HD Pro handles Standard definition TV cable (NTSC), HD (ATSC) and FM Radio. It also allows you to connect to your cable service directly into the wall using ClearQAM for any unencrypted digital signal (in most cases all your basic channels). The HD broadcast playback is up to 1080i, both on ASTC and ClearQAM and handle over-the-air SD/HD programming. In our video review below PCWizKid sets up and installs the the PCTV HD Pro USB Stick (model 801e) in Windows Vista Ultimate (64 bit edition). However we also test it in Windows XP Pro 32bit which is basically the same when it comes to using the software provided by Pinnacle . The Min

Unlock your iPhone easily starting with Ziphone v3.x . It provides a simple all-in-one GUI interface for users who need more control over the jailbreak process. Activate, unlock and jailbreak your iPhone for new features. Update 3.0 has New Features: - No more need of fix nvram! - Solution for GREYED wifi! - No need for YouTube Fixes! - Embedded apps installer! - Customized plugins ! Users with AT&T or other "legitimate" iPhone carrier SIMs may wish to use the advanced interface in order to retain their own real activation tokens. Step 1. First you need to download the latest ZiPhone app: For windows click here For OSX click here Step 2. Extract the downloaded ZiPhone package on your desktop Connect your iPhone to your PC. Step 3. Open a command prompt (in Windows) or a Terminal Window (for OS X) Windows users need to open a "cmd" command prompt and go into the directory where ZiPhone was extracted to , ie C:\Documents and Settings\Administrator\D

Are you using Windows Media player 11? Whether you have or not yet, there are some positive upgrades such as the sleek new look, revamped playback controls, sync with your mp3 player and more intuitive media management for your large collections of video, audio and even album art. However, like with anything, take the good with bad, and for Windows Media 11 there is no exception. After trying it myself, the first thing I went to test was video codec support. I found it to be lacking. This has been a big issue in previous versions of Windows Media players. Audio files are no problem, images, not an issue, its the video type support that falls short. Again, unless you are playing a standard AVI or WMV file for example ,there are issues with other codecs such as Xvid, DivX, Mov and so on. So whats the solution if you want to keep using windows Media player 11 you ask? A Vista Codec Pack v5.x has just been released containing all the codecs you would possibly need to play your